Can We Really Rank Higher In Google With HTTPS sites?

It’s official. Google has announced that they will be giving rankings boosts to sites that are HTTPS (adding a security certificate to your site).

Here is an official statement made by Google on the topic:

“Over the past few months we’ve been running tests taking into account whether sites use secure, encrypted connections as a signal in our search ranking algorithms. We’ve seen positive results, so we’re starting to use HTTPS as a ranking signal. For now it’s only a very lightweight signal — affecting fewer than 1% of global queries and carrying less weight than other signals such as high-quality content — while we give webmasters time to switch to HTTPS. But over time, we may decide to strengthen it, because we’d like to encourage all website owners to switch from HTTP to HTTPS to keep everyone safe on the web.”

It’s important to note the misleading nature in which Google gives out these statements. They mentioned that HTTPS sites would carry less weight than signals such as high-quality content.

It is impossible for Google’s algorithm to currently tell the difference between content that is remarkably written and average, at this stage. (When purely looking at just the content itself.)

So with the knowledge that Google constantly releases statements that are biased, false, and occasionally partly truthful, there is no real telling of how massive a signal HTTPS sites will be.

But despite this, there is no real harm in making the switch. If anything, your site will be a little less secure, and if it really does give you a ranking boost, at least you will be in a position to take advantage of it.

So with that in mind, here are the steps you need to take to go HTTPS: (source- Searchengineland.)

• Decide the kind of certificate you need: single, multi-domain, or wildcard certificate
• Use 2048-bit key certificates
• Use relative URLs for resources that reside on the same secure domain
• Use protocol relative URLs for all other domains
• Don’t block your HTTPS site from crawling using robots.txt
• Allow indexing of your pages by search engines where possible. Avoid the noindex robots meta tag. 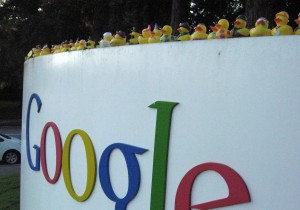