Native advertising has been around for a while, and it’s made quite an impact to the way that we do marketing.

In this post, we are going to be taking a look at the key reason why it is so important and how it has changed the way

To understand why native advertising is such a powerful tool, we first need to realise that nobody likes ads, and nobody likes being sold to.

Whenever a new marketing tool comes out, its effectiveness often slowly depreciates from the moment the first advertiser uses it.

When the first television advert came out, everybody watching it was fascinated and highly likely to make a purchase simply because it is something they have never seen before. Now, most people quickly dash to the kitchen or change channel whenever the adverts come on.

When we saw the first billboards around our cities, we would slow down to take a look and be amazed at the new fancy artwork. Now, nobody even gives it a second glance.

What is happening here is we become accustomed to the new way that businesses are marketing to us, and we begin to ignore it.

The same thing has happened on the Internet, and it is often referred to as ‘banner blindness’.

The difference with native advertising is that the ads are created in a way that matches the content and theme of what the prospect is already looking at.

If in Facebook, sponsored posts look like ordinary posts. An unsuspecting consumer would not assume that he was being sold to, and would therefore pay it a lot more attention.

The same occurs in Twitter. Sponsored tweets look like the rest of the tweets that his twitter peers are making- giving him no reason to develop banner blindness.

So with that said, when you want to market with ninja-like efficiency, native advertising is the way forward.

If you’re ready to set up profitable campaigns and achieve rapid Google Ads success in 7 easy steps, get your copy of my best-selling book!

I’ve been running paid ads since 2007. Managed over £4 million in Advertising and acquired 15k+ customers for my clients. Now I focus on coaching business owners and their teams. 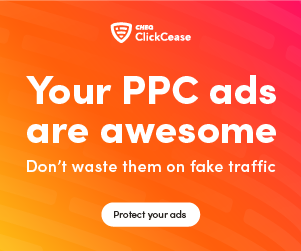